People often associate Switzerland with Alpine skiing, private banks and fondue. What many don’t realize is that Switzerland is also a strong investment market for real estate.

We regularly speak with our investors face to face and on investor events. While most of them are aware of the benefits of global diversification, they keep a half or more of their investments in Switzerland and prefer it that way.

We asked why, and here are the five reasons why Swiss investors are reluctant to put their money elsewhere.

Let’s face it. Wars are bad for wealth preservation (for most people). That’s why the fewer wars you fight, the more stable your society tends to be and the wealthier it becomes.

Switzerland has been a neutral nation for the past few centuries. This means that instead of focusing its energy fighting on battlefields, the nation has directed its efforts towards fostering its development and wellbeing.

As a result of its politically neutral stance, the country is considered to be one of the safest places for storing and growing wealth. 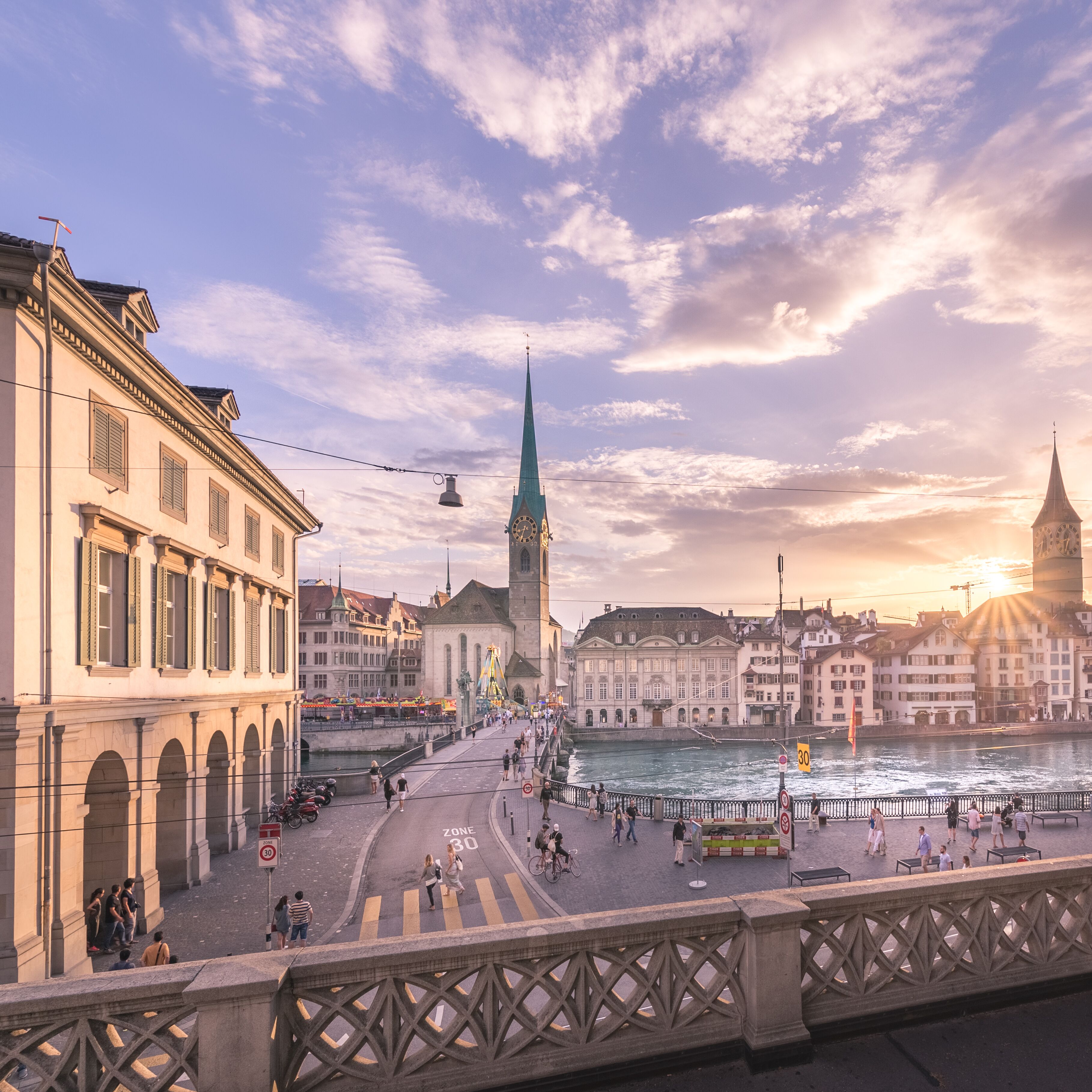 Switzerland’s conservative policies keep the country on track for consistent growth. Yes, you won’t see big economy upswings (one might call them bubbles), but you also won’t see the downside: severe, prolonged recessions. 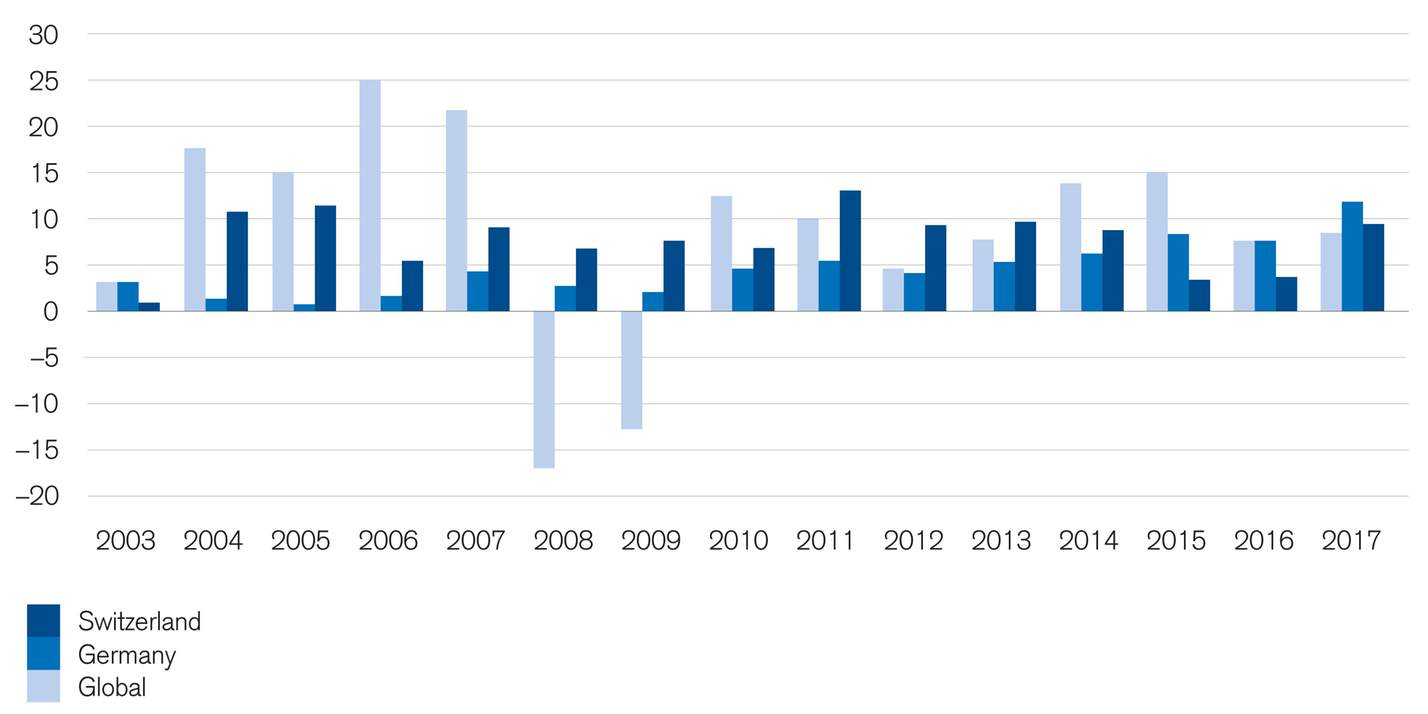 Development of total returns from real estate investments held by institutional investors in Switzerland, Germany, and on a global basis

Switzerland can also boast unparalleled stability in its economy, and for many investors, economic stability outweighs any opportunities for growth that areclouded with potential risks. This is unlike the growth rates seen in the U.S. and Asia, where upswings in growth rates are followed by a recession, something that hits economies financed primarily by debt especially hard.

Switzerland has an independent judiciary that is not controlled by the nation’s government. This fact fundamentally enshrines private property rights. As a result, investors can be confident that when they place funds in the country, they know that their assets are protected and cannot be arbitrarily expropriated.

Switzerland boasts a diverse property market that offers everything from residential to commercial and industrial. There are no restrictions against foreign investment in real estate, which means that even as an outsider, you can easily participate in the country’s property market whether in a personal capacity or through a corporation.

The Swiss real estate market is also one of the most stable property markets in the world. That’s why, for instance, when the Great Recession hit, it merely made a blip on the pricing index, before returning to its historical growth rate. 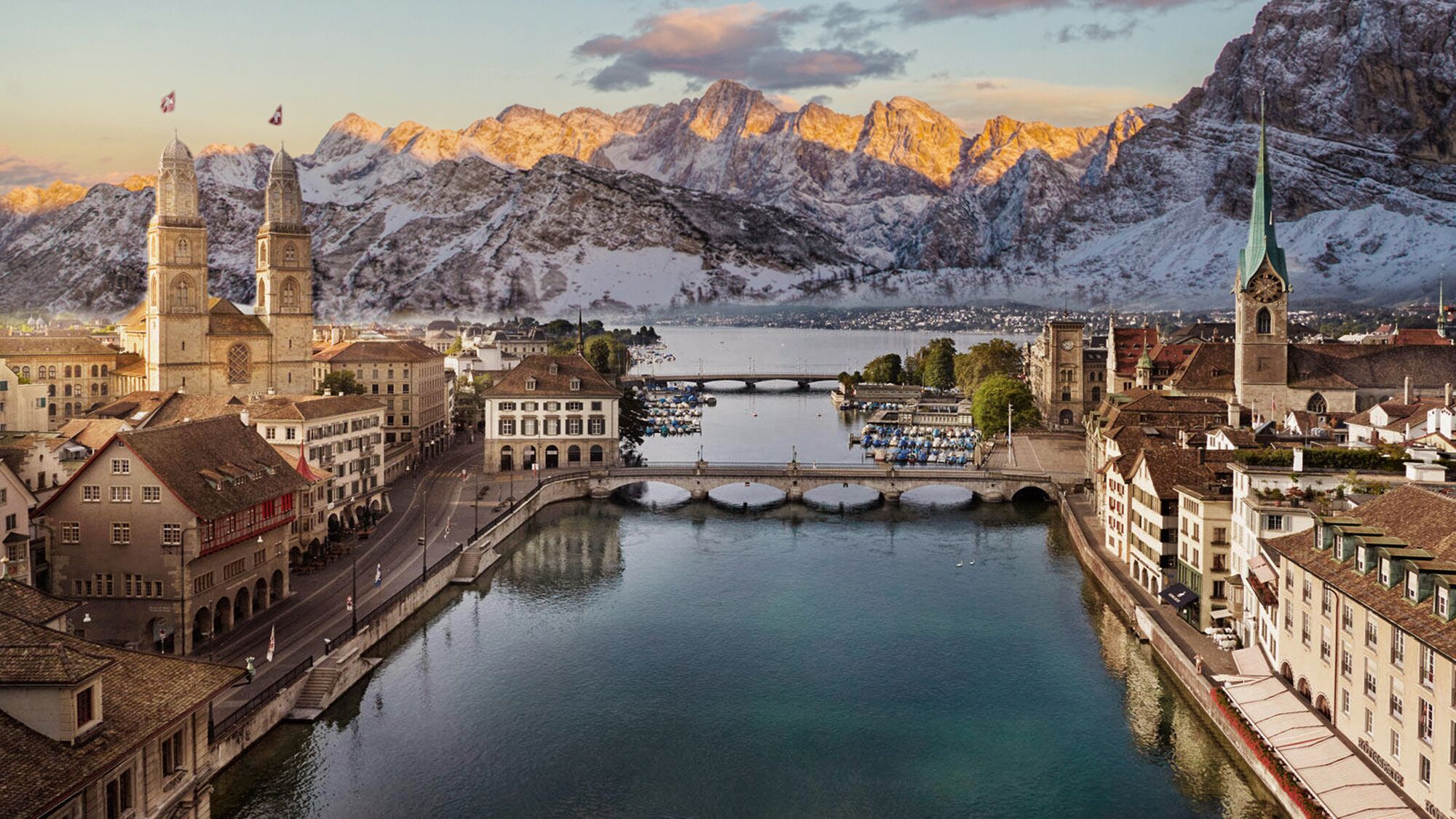 Swiss bankers are famous for their discretion and sophistication. Centuries of socio-economic stability have made it the financial safe-haven of Europe (and the world). As a result, Switzerland has one of the most sophisticated financial industries in the world, with CHF 7,300 billion in assets under management.

Swiss banks are also not afraid of lending to non-Swiss nationals. As a result, it is easy to obtain financing for property investments and the choices can be pretty wide-ranging and attractive.